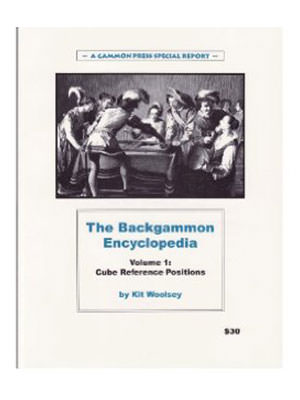 The Backgammon Encyclopedia - Vol 1 Cube Reference Positions
Auteur :Kit WOOLSEY
Editeur :The Gammon Press
Année :2002
Langue(s) :Anglais
Niveau :Intermédiaire
Résumé :This is a book of 210 reference positions rolled out by the computer program, Snowie. The idea is that by having equities for standard positions you have something to compare with when trying to figure similar positions. Each position is accompanied by commentary explaining what features of the position make it stronger or weaker than other similar positions.
This is volume one of a planned two-volume series. It deals with fairly standard types of positions seen every day; positions such as holding games, anchor games, and early blitzes. Volume 2 will deal with more complex and less standard types of positions. 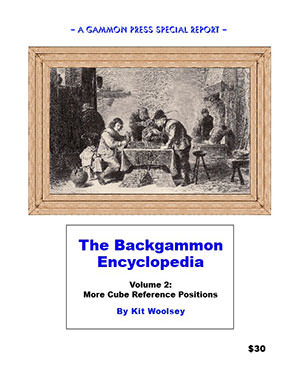 The Backgammon Encyclopedia - Vol 2
Auteur :Kit WOOLSEY
Editeur :The Gammon Press
Année :2017
Langue(s) :Anglais
Niveau :Intermédiaire
Résumé :Volume 1 examined relatively standard position types such as holding games and anchor games. Volume 2 looks at middle-game positions that are less clear. Many of these might fall into more than one category, or no category at all. Woolsey starts by looking at a prototype position and then makes modifications to see what effect the modifications have on the equity and cube decisions.
ACHETER CE LIVRE 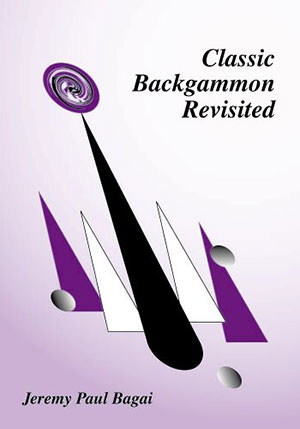 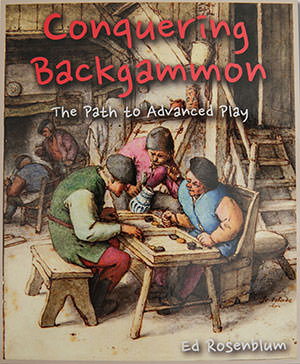 Two volumes are contained in this one book.